Distributed ledger technology startup Radix DLT says it has broken the record for the number of transactions per second with its permissionless decentralised ledger, reaching more than one million per second at its peak.

In a live online test and closed event for London Tech Week, the startup processed the entire 10-year transaction of Bitcoin, the most widely used cryptocurrency.

That included full signature and transaction validation across a distributed network of 1,181 nodes located in 17 cities around the world.

Speed dropped off towards the end of the test, falling to a low of around 26,000 transactions per second. Radix said this was because some of the Bitcoin wallets have a huge amount of transactions for the nodes to process and therefore took slightly longer, despite most of the other transactions having already completed. However, Radix DLT still completed their test in half the time they were initially expecting.

This, the company claims, means it can theoretically run applications such as WhatsApp, WeChat and Twitter simultaneously – and with room to spare.

Radix DLT uses its own distributed ledger technology, where a database of records isn’t stored or confirmed by one central body. Instead, these take place on a network of computers. 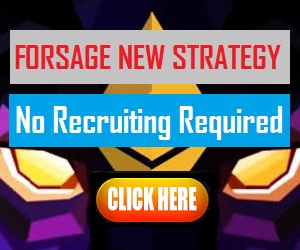 He set out to solve the scalability problem, in which cryptocurrencies have struggled to process large numbers of transactions at speed. Ethereum, for example, has a  maximum transaction capacity of 20 per second.

“In order to have networks of value the same way that the internet is a network of content, it needs to be able to scale,” Hughes told Verdict. “Today we have taken a big step forward in illustrating that Radix can be that network.”

Radix DLT has overcome this by using a process called sharding, in which a ledger is cut into smaller pieces. This means a node – the computer verifying transactions – only needs to process part of the ledger rather than its entirety, as is the case with blockchain. Because each node is processing less data, the transaction speed increases.

Other distributed ledger technologies, including blockchain, can shard as the network gets bigger, but this comes with risks such as double spend. Radix, however, starts out as a sharded platform, split into 18.4 quintillion shards.

One million transactions per second has been considered something of a holy grail in the distributed ledger and cryptocurrency space.

Blockchain startup DEXON said in its white paper eight months ago that it aimed to be the first decentralised solution to surpass the one million milestone.

Vitalik Buterin, the creator of Ethereum, has previously stated that the Ethereum network will one day be able to process one million transactions per second.

The test is yet to be independently verified by a third party, but Radix DLT plans to continue carrying out regular live and public tests ahead of its launch in Q4 this year. You can read more about how Radix DLT carried out its scalability test here.

This Time It Can Be Different; How Bumper Finance Can Mature the DeFi Market

Onomy Protocol Opens the Door For Institutions To Adopt DeFi