Mainnet Launches We are Excited About In 2020

The word ‘mainnet’ sounds big and sophisticated, right? Well, it is!

Just to set the perspective here, please note that every blockchain venture must run on a blockchain network. However, building a customized system, best suited for the demands of a particular business, takes plenty of time, resources, and efforts. So, in the beginning, pretty much every project runs on a testnet to exhibit its capability and allow the developers to test their use cases.

As soon as decent credibility is established in the market, swapping to the mainnnet happens to be one of the top priorities for all blockchain-based projects.

Now that you have understood the concept let’s explore some of the most awaited mainnet launches. 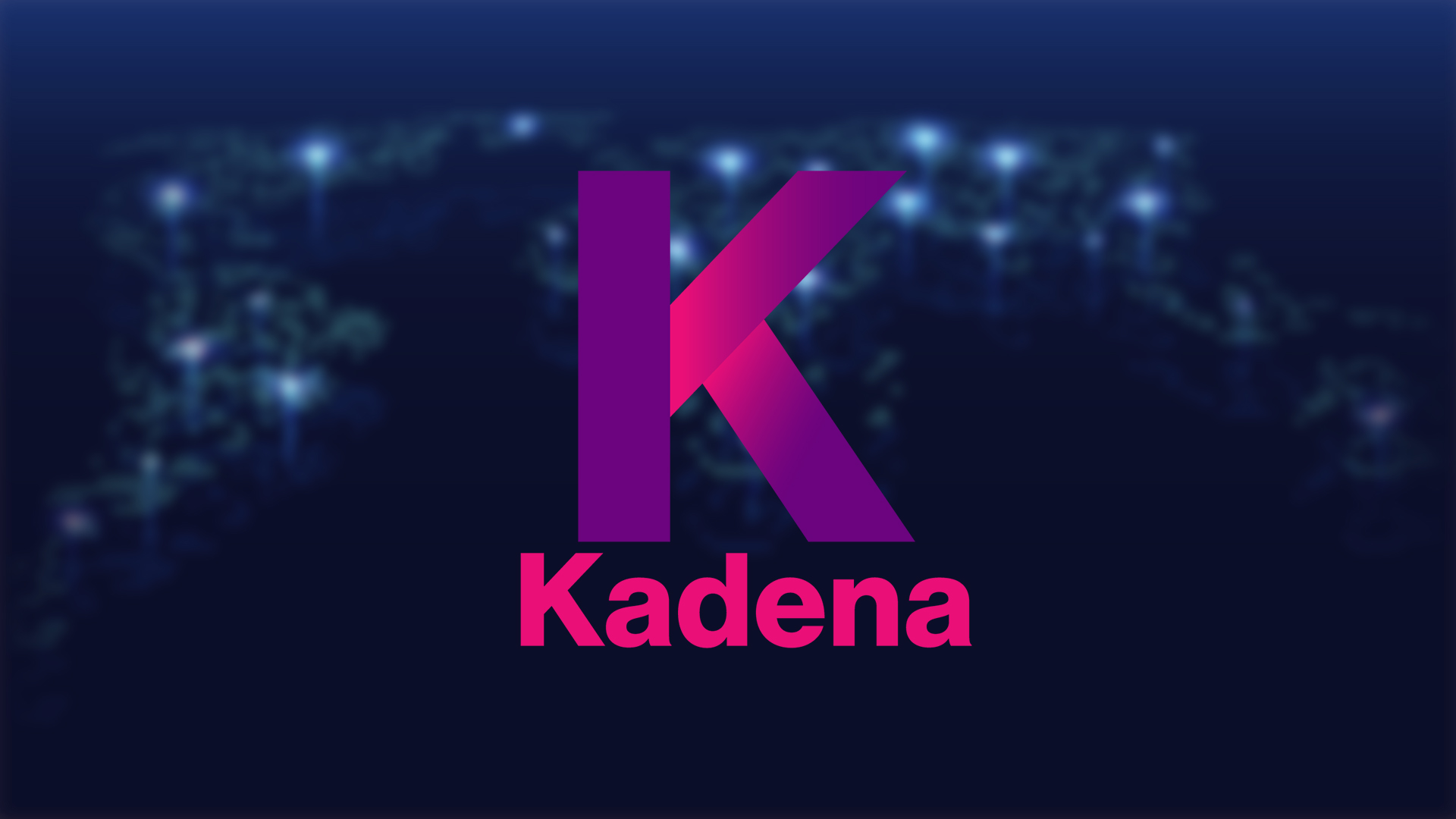 They have set their roadmap to target the expected growth of the industry. Apart from the fact that Kadena’s mainnet is publicly available for mining, they have also rolled out an explorer where everyone can monitor the transactions on parallel chains – pretty much like a Bitcoin BTC, -0.69% and Ethereum ETH, 0.40% explorer in real-time!

Their core aim is to make the PoW algorithm more efficient by introducing a parallel protocol. As experimented in the testing phase, this mainnet will have enhanced security features and will also be able to provide robust scalability. Thus, ensuring that the future needs of the industry are met without any technical glitches. Since plenty of readers are skeptical about the security of a network, it is worth noticing that Gauntlet Networks’ experts have vetted Kadena KDA, 4.60%.

Furthermore, since their mainnet is known for better attack resistance, it would also allow facilitate faster mining and bring down transaction confirmation time by a high margin while ensuring that the network achieves more decentralization.

One of the best Unique Selling Points happens to be their Pact programming language, mainly introduced to make smart contracts more readable. Thus, enabling developers and users to execute their actions easily. 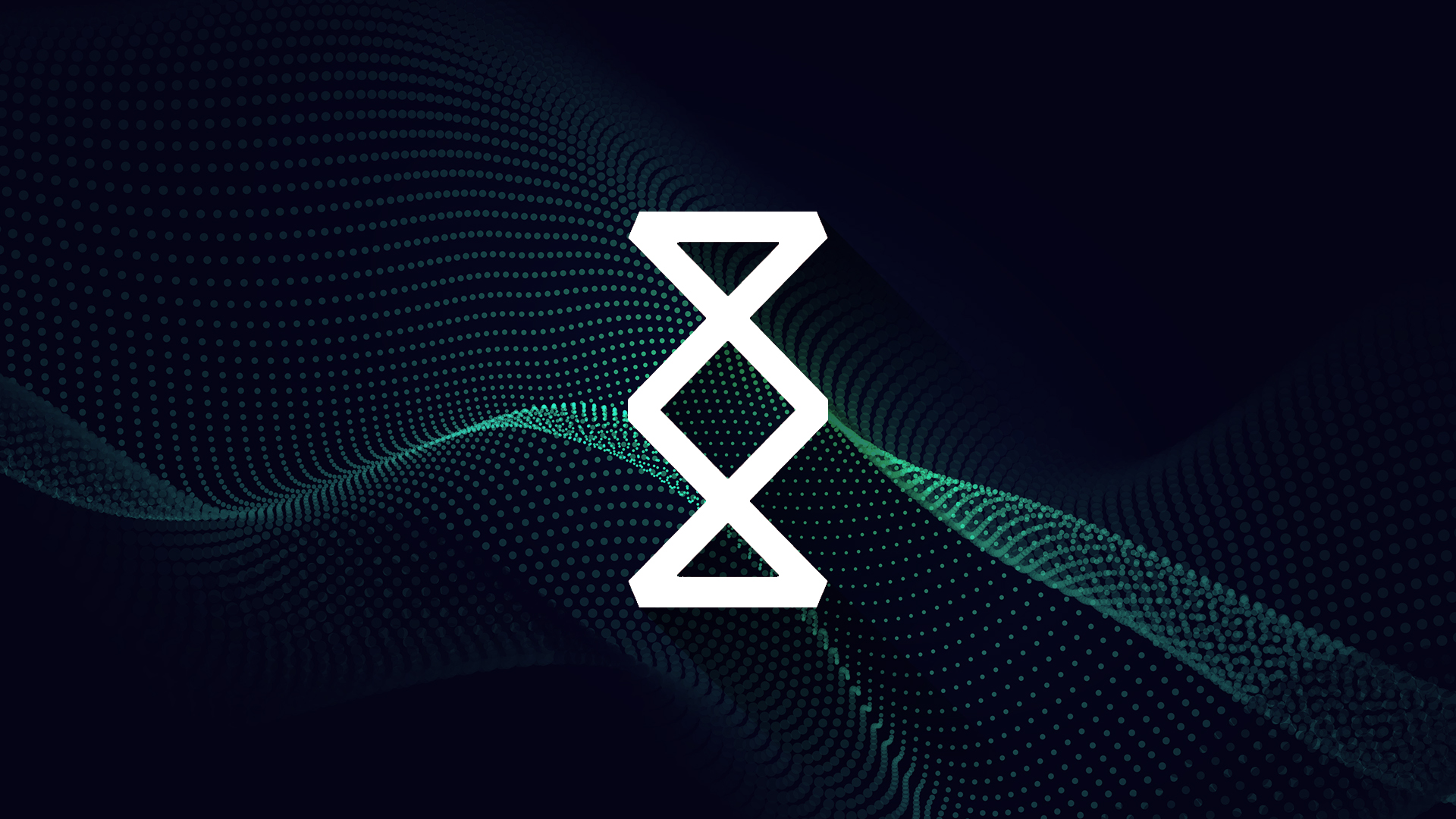 Currently, the blockchain industry is dominated by PoW and PoS consensus algorithms. However, Spacemesh proposes a different solution, and in order to address their unorthodox concepts, they have introduced a permissionless protocol that revolves around the Proof of Space Time (aka ‘PoST’).

The features incorporated in their mainnnet serve a variety of aspects. Firstly, Spacemesh is aiming to introduce a digital storage commitment as its consensus approach. Resultantly, they will get rid of conventional ‘race-like’ and ‘stake-oriented’ methods of mining. Thus, making the ecosystem more practical and of course, user-friendly as well.

Another perk is that their algorithm is much more ecofriendly than PoW. Therefore, when the Spacemesh’s mainnet hits the market, and even if the network hosts millions of users, the overall effect on our ecosystem would be far less dangerous than what BTC mining has been doing.

The reason is quite straightforward – for committing something to their ledger, there is no need for continuous computations (as practiced in PoW). The users just need to pay a one-time fee for setting up the hardware. Once the computer is deployed, 24/7 computations are not required as there is no expiration tag associated with any PoST commitment.

So, practically speaking, there is not even a Watt of energy wasted if we compare it with BTC! 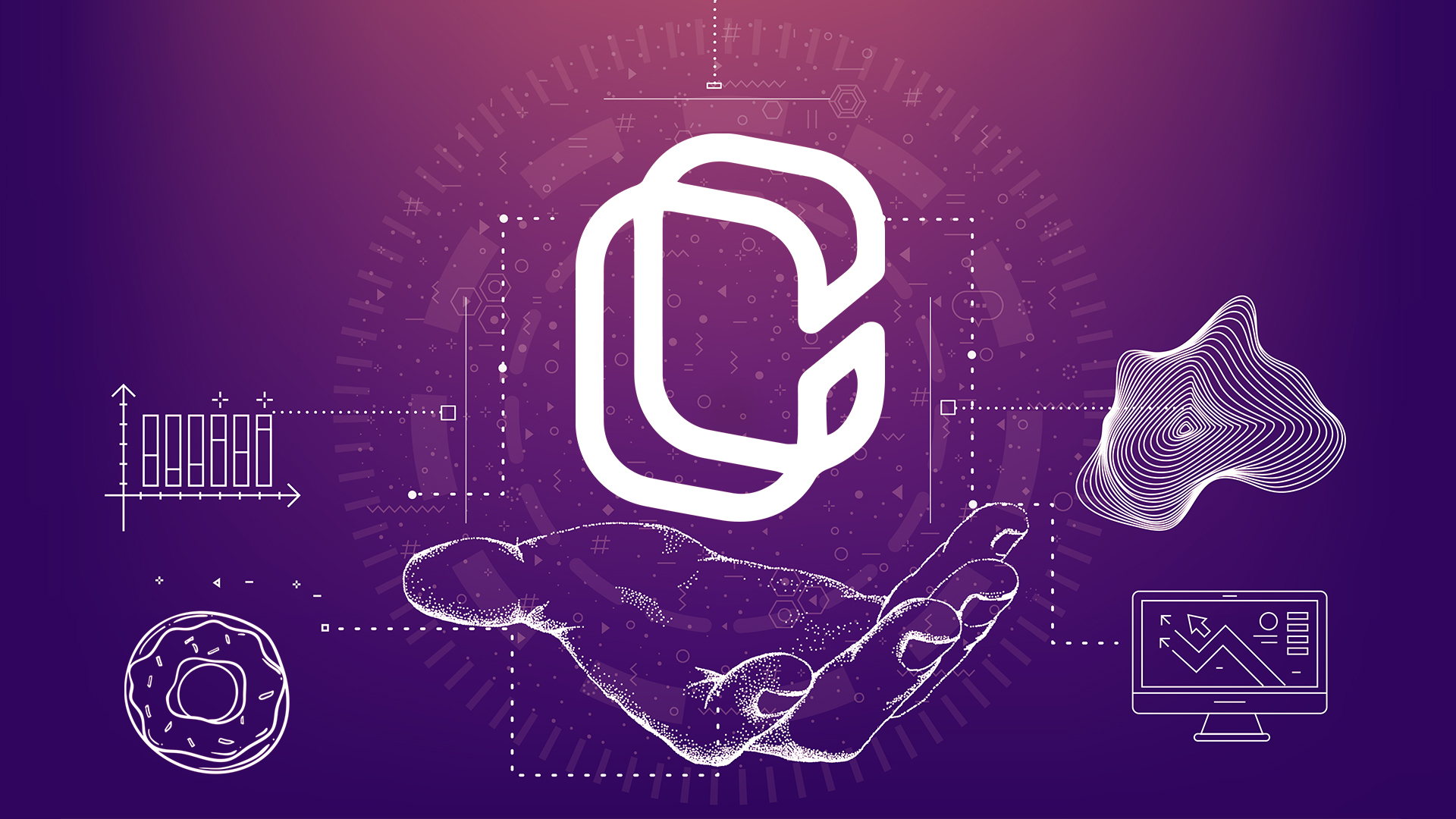 Just to set the perspective before discussing the features of their mainnet, please note that Centrality CENNZ, 2.96% aims to nurture a community of blockchain ventures. As of yet, the industry is quite divided, and that’s what Centrality is trying to overcome. Firstly, it offers a similar interface for all ventures, thus ensuring that every Centrality-based DApp looks familiar to the end-users, and they do not face usability issues.

While they provide a variety of libraries and services for aiding the developers to create and deploy their DApps, Centrality also allows the onboard applications to communicate with each other, thus forming a comprehensive and data-rich solution where everyone can benefit mutually.

Now that the testing is complete and the venture is doing pretty well, they have planned to launch the mainnet. It is worth noticing that the core concept behind Centrality’s consortium chain is derived from Ethereum’s blockchain, but there is a significant improvement in the network’s efficiency.

Comparing it with Ethereum’s mainnet, which offers a transaction speed of roughly 2 minutes, Centrality aims at diminishing this time to a great extent. Moreover, they also plan to enhance the throughput by several times than Ethereum’s mainnet, which sits at roughly 10 seconds (time required to register a transaction on the public ledger). Apart from these features, Centrality will also reduce the transaction fee, which is quite higher in both the leading crypto networks, Bitcoin BTC, -0.69%, and Ethereum ETH, 0.40%.

It is also worth noticing that every application published on Centrality’s ecosystem will have a dedicated private key and public address. It implies that all service providers (businesses) will be able to call the chain, store data on it, and of course, perform retrieval as well in a secure environment.

Centrality is quite vocal about asking developers and businesses to create their native tokens on the platform. This ‘measure’ is for the time when they introduce the mainnet. Please note that all tokens will be compatible with the Ethereum network as well, since they are built around the ERC20 protocol, thus enabling the users to interact with two blockchains at a time.

Just to clue you in about their popularity, utility and acceptance, please note that Centrality is hosting more than 10 DApps as of now. Since every venture is fundraising, they are benefitting as well, and the CENNZ token is getting stronger. Furthermore, in their very own pre-sale, Centrality managed to raise 40K+ ETH. Another perky indicator is their alliance with the Kiwi government as they have provided a grant of about $15M for the development and extension of their mainnet and other crucial features.

Well, the name says it all. MobileCoin aims at introducing a cryptocurrency that serves the basic notion of the blockchain technology (security, privacy, and decentralization) while ensuring that their token can be used ‘literally’ everywhere!

Now that we have explored their motive let’s have a look at the crucial features of their mainnet. Firstly, MobileCoin understands that not every user is equivalent when it comes to participating in the network, and therefore, they have opted for a federated approach of selecting the nodes.

Once a node is activated on the network, it is automatically encapsulated inside a secure environment, called the SGX enclave. The purpose is to ensure that this enclave stays isolated from the Operating System of the host. Therefore, preventing every node from looking inside its enclave. It is quite a unique and robust way of ensuring that a certain level of ‘blindness’ is maintained among the node and the wallets connected to it.

One of the most futuristic perks ensures that while the ledger is maintained in a decentralized manner and remains public, it can never be accessed or read by humans. This is achieved with the help of remote attestation, where a client is tasked with attesting the establishment of an encrypted channel.

When it comes to privacy, MobileCoin does not depend entirely on SGX and implies CryptoNote1 as well. As a result, all addresses and signatures can be used only once, and even if a hacker gets past the SGX and views transactions, it is practically impossible to trace the senders and receivers.

Moreover, since they are quite enthusiastic about integrating the coin in pretty much every use case, MobileCoin’s transaction speed is also commendable as most of the payments take less than 10 seconds to be executed from end to end. 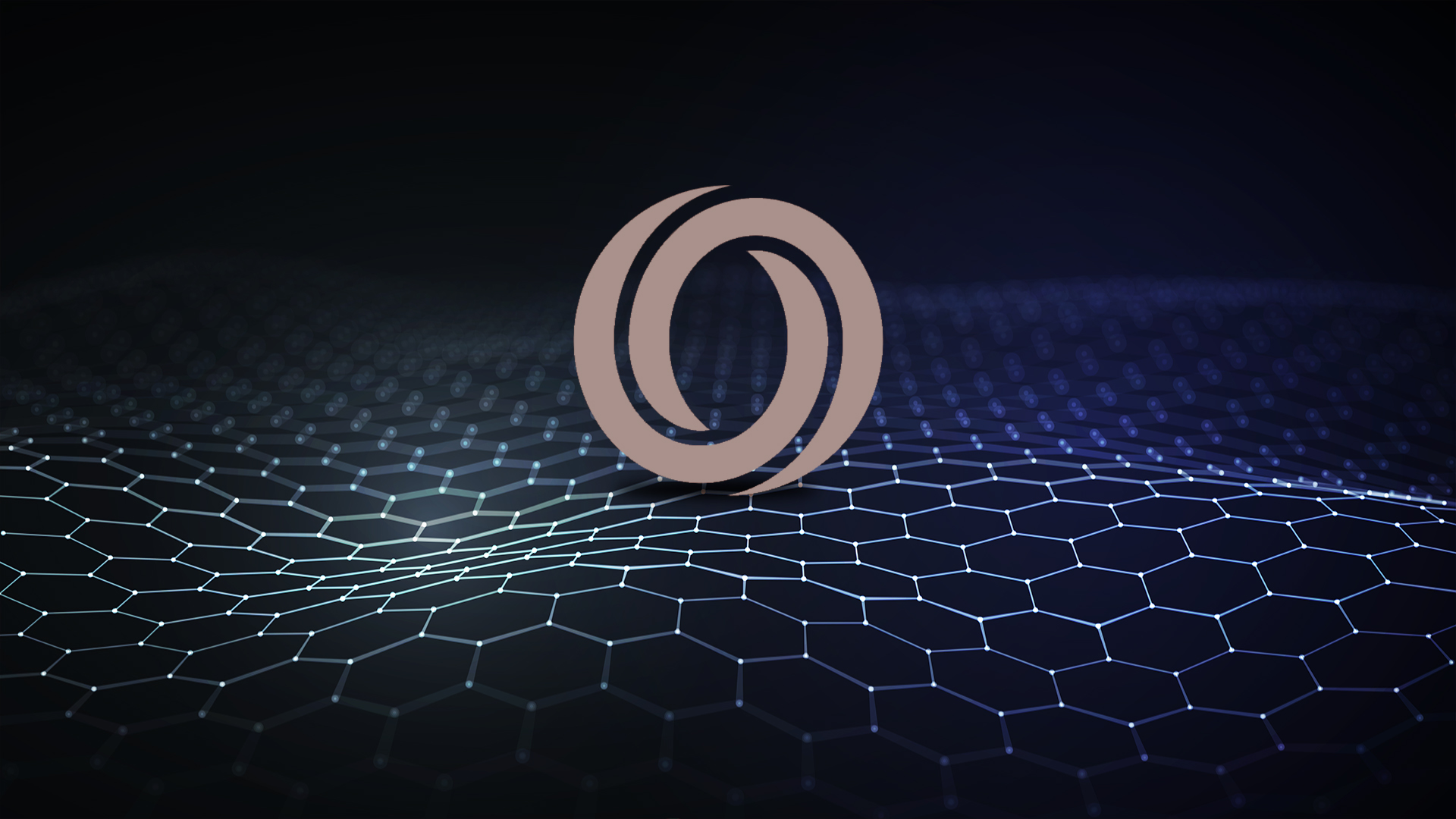 They have a rather big aim as they do not only plan to revolutionize the blockchain industry but the entire landscape of the internet. Their primary objective is to foster the implementation of privacy, such that users remain the rightful owners of their data. So, they do not only want to provide an infrastructure where developers can create and deploy their DApps, but Oasis is also planning to provide feasibility where futuristic tools can be developed. Thus, allowing the industry (as a whole), to achieve more decentralization and privacy.

On the testnet, they want to execute a staking competition first before diving right into the mainnet launch, led by the community. Please note that it will be released in phases, so as to incorporate different features in sprints and ensure that the overall security of the network is maintained. Furthermore, this approach will also enable Oasis to create opportunities for the developers who could get involved with the venture in different phases of its launch.

Usually, when a blockchain network scales, it becomes less efficient due to potential negligence at the time of development, leading to an inefficient consensus mechanism, resulting in a considerable lag. However, Oasis is quite keen to address this issue and has developed a scaling architecture, called Nimble. The core purpose of this tool, at the mainnet level, is to distinguish between the regular node operations from computation, storage, and consensus. As a result of this procedure, the network won’t face significant delays since smaller transactions will be executed in reasonably less time (by reaching a consensus), while the major workload (operations that require plenty of time) will run in parallel, allowing the network to diminish the negative effect of clogging.

Just to be clear, the Oasis protocol will be permissionless at its initial mainnet launch, implying that none of the stakeholders (not even the creators of the network) will have absolute control over its working. Once the features outlined in the roadmap and whitepaper are deployed, the community will be given the autonomy to reach a consensus for any future milestones. They will also be able to make changes and add/fork the current protocol.

So, it’s evident that 2020 is going to be a hot year when it comes to mainnet launches as several projects have done reasonably well in their testnet phases until now. If you read the article thoroughly, it becomes clear that the core aim of all the mainnets is to diminish the inefficiencies experienced by the users of Bitcoin and Ethereum networks, in particular.

Therefore, let it be Oasis, Centrality, Kadena or any other venture discussed in this article, the primary aim for all the mainnets is to enhance efficiency, security, decentralization, and autonomy given to the community.