The Future of Decentralized Payment Protocols

We are on the verge of Web 3.0, where decentralized platforms will be the norm. Users will be able to interact with different platforms in a trustless environment. At the very heart of it lies tokens which enable the transfer of value within these systems. 8PAY wants to make its mark in this new landscape by creating a decentralized payment protocol which will help merchants to leverage smart contracts to enable single, recurring, and on-demand payments. In this article, we will be looking at how tokens are going to power decentralized protocols.

A vast majority of the networks and companies in this day and age are closed off silos of information. What we mean by that is that they are entities unto themselves who do not freely communicate with each other. If some form of communication is required, then it is done through a middleman or an interface. As you can imagine, this tends to be extremely inefficient and expensive

In the banking sector, sending an international transaction from one bank to another can be extremely time-consuming and expensive. Eg. if Alice, who lives in the USA, wants to send money to Bob, who is in Kenya, via SWIFT, then the transaction will go through multiple banks who will:

International transactions usually take 3–5 business days to go through and the transaction fees are generally pretty high. For these systems to evolve, they require greater flexibility, and more importantly, they need to be able to interact with each other freely, without having to go through any middle-men. The answer lies in decentralization and smart contracts. 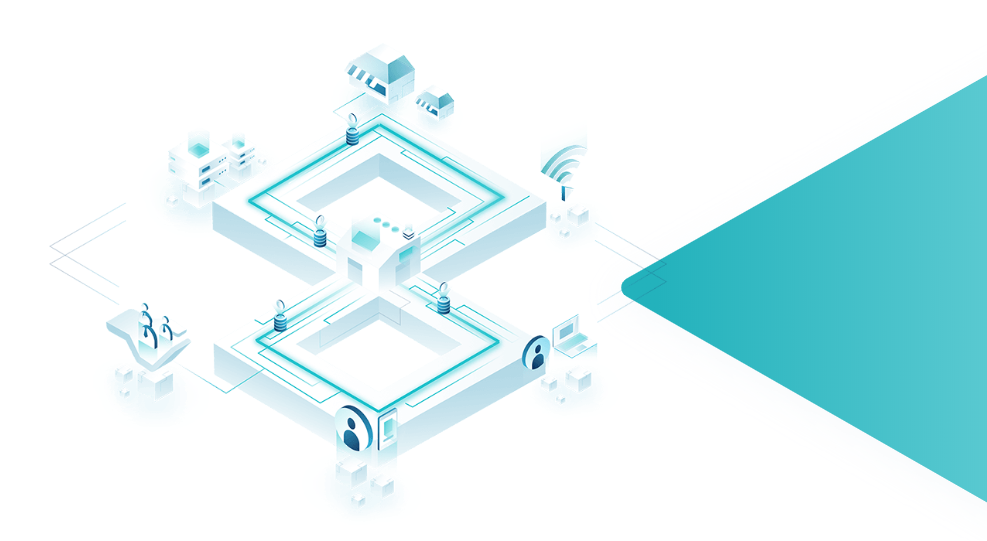 The idea of decentralization is pretty simple. In a decentralized ecosystem, there is no centralized entity who is in charge of all the data. Let’s take an example in the banking sector. Suppose there are two banks who are part of a decentralized network (like Ripple or Stellar). These banks will be able to directly transfer value between each other without having to go through a middleman.

However, not all transactions are a straightforward exchange of value. Some transactions may need conditional agreements. Eg. Bank B will transfer money to Bank A only after a certain condition happens. These special transactions/interactions can be done via the execution of smart contracts.

A smart contract is a computer protocol intended to digitally facilitate, verify, or enforce the negotiation or performance of a contract. In simple terms, it is a self-enforcing contract which allows two parties to directly interact with each other, without going through a third-party. Once the contract is formed, these entities can exchange value via tokens.

Tokens are the heart and soul of the decentralized ecosystem. To give a very informal definition, tokens represent some form of value within the system. The true power of tokens lies in the fact that it allows for fair distribution of wealth. Consider this example.

There is a company A which allows merchants to sell books to people around the world. The buyers pay for the books with fiat currency. As the valuation of the company increases, the only ones who are potentially making a lot of profits are the company and shareholders. The merchants are not making a profit proportionate to the growth of the company even though they are arguably the most critical component of the ecosystem.

In a tokenized-system, the buyers will buy the books by paying in tokens. The merchants now have the option of immediate liquidating the tokens to get fiat or, they can hold on to those tokens and wait for them to appreciate in value as the company gets bigger.

The token can take up the following roles within an ecosystem:

8PAY’s role in the decentralized ecosystem

So, what have we learned so far?

To create and facilitate systems like these, the need of the hour is to build a system which will allow independent merchants to directly connect with their buyers and accept tokens in exchange for their services. 8PAY has stepped up to provide this service. The main advantages of using 8PAY are:

Using 8PAY, merchants will be able to accept payments using:

The Future of Decentralized Payment Protocols

Meeting Bitcoiners Online When They Live in the Same City

Sunak to pitch increase in contactless limit to £100 as…

Fintech’s role in Paris Agreement success and restoration of…

Polkamarkets Readies Hyped IDO in Preparation for Its…

Polkamarkets Taking Over the Decentralised Prediction…

Pulse Network to Leverage Blockchain and AI to Revolutionize…

Polkamarkets hype in overdrive ahead of upcoming IDO token…

Pulse Network is integrating knowledge and expertise to…

ChainGuardians seeks to Transform the Gaming Industry with…

Ethereum 2.0 Kicked Off, however Layer 2 is the Protagonist